I don’t know about you but I find that within ten minutes of returning to work, it’s like I’ve never been away! Having said that, the memories remain and what memories they are. We had a fantastic time in Florida. We did all the things we wanted to do although they weren’t necessarily the things we thought we would do and we didn’t do some of the things we intended to. That’s the nature of our holidays. We make plans and change them.

We’ve been a number of times before but despite that, returning to the Theme parks was no great hardship. We enjoy them immensely. All you need to remember is that it is likely to be hot and that you will walk many, many miles, so comfy footwear is a must. 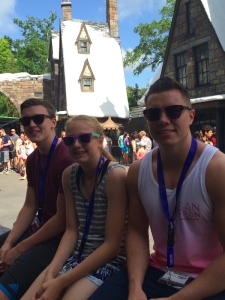 PIL, CJ and I watched Ed and Greg playing golf and were full of admiration at how they were prepared to demonstrate to all and sundry just how monumentally bad they were. 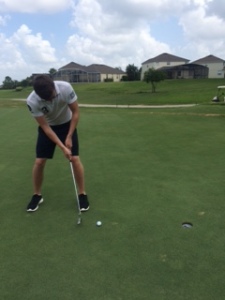 Having said that, they were both far better than the rest of us by a long way. At least they could hit the ball! They spent a lot of time searching for their balls, they hit houses, they may have hit a car or two, they plainly enjoyed playing from bunkers and from in amongst the trees. 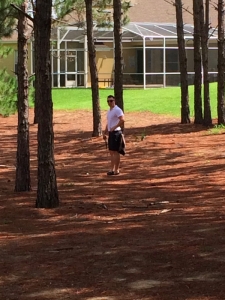 Both of them blamed their miscued shots on their selection of the wrong bat to hit the ball with and they both had an absolute blast! 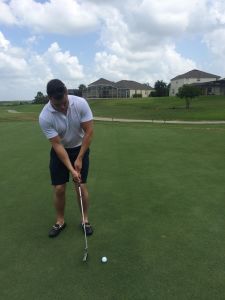 During our travels around the course we found large numbers of balls lost by other players which made them feel a bit better about their own efforts. This feel good factor was increased by coming under attack from wayward golf balls from other golfers while we were lounging around our pool. On our last day, before going to the airport, we all played a round of crazy golf. PIL got a hole in one while I got hit by a ball fired off by someone on another part of the course.

We ate huge quantities of food. All of it was fantastic, the portions were enormous and we were given doggy boxes to take home what we couldn’t eat.

At Animal Kingdom, we had lunch at the Rainforest Cafe.

At Magic Kingdom, we managed to get an early lunch at the Crystal Palace. At Universal we stuffed our faces at NBA City. At the Florida Mall we went to The Cheesecake Factory to eat. We stuffed our faces at a different place every day and every place was excellent. We drank Butter Beer at Harry Potter World and it was disgusting.

We got told off at one place because Ed had forgotten his I.D. so PIL ordered a beer on his behalf and we got caught. You have to be 21 to drink alcohol in the US and while Ed is 22, he still got asked for ID and it’s taken very seriously there. No ID, no alcohol! Oddly enough PIL and I never got asked for ID! Apart from beer and donuts, we also got food in so that we had meals at home too although I’m not too sure what “Turkey Bacon” is. Be prepared to put on weight although not as much as you think because of all the walking you do getting around the theme parks and shopping malls. Places like the Cheesecake Factory, Rainforest cafe and Crystal Palace are very popular so expect a wait if you haven’t booked a table in advance.

All the parks, whether they be theme parks or water parks get busy from early in the morning so ensure you get there in plenty of time so you can either get a good spot or beat some of the queues.

We purchased express passes for Universal and Disney. They don’t apply at Harry Potter World but work well in the rest of Universal.

Not so good at Disney though as you are limited to the number of rides you can go on and it’s at specified times only that you have to book. Everyone of them is great fun though. We did have a bit of an issue at Universal with “technical problems” causing delays on some of the rides. We waited for ages to get on the Hogwarts ride because of this. We were stood under that bloody talking hat for a long time and every three minutes it would start its speech:

“You are about to start your journey…..”

We bloody weren’t! If I’d had a gun, I’d have shot the damned thing! A thousand people driven potty at Harry Potter World!

There are absolutely loads of things to do and every one of them is designed to part you from your money! However, it’s all worthwhile and we loved it.

Shopping is a breeze too. We took the minimum of clothes and bought loads more out there but with so many outlet centres, it worked out quite cheap to buy clothes and stuff. PIL got a beautiful Michael Kors handbag for a fraction of the cost back in the UK. Mind you they did have a sale on which saved another 40%. And yes, in a very short length of time, she has lost her house keys, car keys, phone and tablet somewhere in the depths of that bag as well as her make up bag, purse and $6 in change.

We stayed in a fantastic house with it’s own swimming pool so if we didn’t feel like going anywhere, we could just stay at home and slob out in the pool area. Just be aware that the wildlife like living there too!

Lizards are there in abundance and so are snakes as we discovered on a couple of occasions. Plus there are all kinds of weird insects. (Well, weird to us).

It ain’t cheap but my advise to anyone is to go. You will have the time of your life and have great memories (and a gazillion photos) to remind you of one of the best times you ever had.

PIL organised the whole thing and she did an excellent job of it.

It’s no wonder I wish she wasn’t my ex wife! Thanks PIL, we all had a great time thanks to you and we all love you to bits. 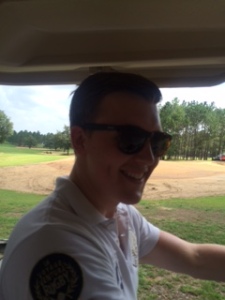 Thanks mum. I had a great time. I love you.xxxx

Thanks mum. I had a fantastic holiday. I love you xxxx

Thanks mum. I had an awesome time. I love you xxxx

Thanks PIL. I had a stupendous time. I love you xxxx

First, I apologise for not having published any posts for a while. It’s been a busy time with work and Christmas shopping. I am a passionate shopper in that I hate shopping with a passion. I know that these days you can purchase everything on-line but unfortunately for me I like to see first hand what it is I’m buying so that means I have to go to the shops.

It’s not necessarily the act of shopping I hate, it’s all the other people shopping at the same time as me that does my head in. I’m not fond of crowds in the first place which is why I live in the boonies. It just seems to me that shoppers leave their manners and any civilised behaviour at home when they go out and shop. I was in the supermarket earlier today and someone had left their trolley right where I wanted to get something. I looked around to see if I could see who it belonged to but everyone in the aisle either had a trolley or a basket. So I moved it and as I did so a woman came up to me and said,

“Do I mind what?” I replied

“Not moving my trolley.”

“First, I didn’t know it was your trolley and second you’d it left blocking access to the milk and I want some milk.”

So naturally I said,

“Well don’t leave it in people’s way then.”

“You rude man.” she said and stormed off.

Me? Rude? I thought I’d been quite polite in the circumstances. I didn’t swear or raise my voice. I hadn’t left a shopping trolley in everyone’s way and yet, I was in the wrong according to that silly old bat.

I found myself the other day in Canterbury city centre with an hour or two to spare so I thought I’d do some Christmas shopping. I lasted twenty minutes and then thought,

People walk out of shops and suddenly stop in the doorway for no reason and you walk into them so they glare at you as if you are going to rob them. Or they walk straight across the pavement at right angles to the flow of pedestrians without looking so you bump into them and they glare at you as if it’s your fault. I cannot be dealing with this but what’s the answer? I want to get nice gifts for my family at Christmas. If you have any ideas on how I can avoid crowds when shopping, please let me know because it’s driving me nuts.

Have a fabulous day.