Out today with Dexter for his walkies and my chill out time as usual on my days off. It was very misty and visibility was down to maybe a hundred yards at most. All the colour was washed out and it was impossible to see anything so everything was on audio. I could hear the seagulls and I heard something run off into the undergrowth but didn’t see a damned thing and it was brilliant. As everything was so still and quiet, if you listened carefully you could hear stuff you wouldn’t normally. I could hear bird song with amazing clarity, I could hear Dexter snuffling around in the undergrowth, I heard the rustle of leaves, I could hear the squelch of my wellies as I walked through the mud, I heard Dexter fart two hundred yards away! Thank goodness we have five senses. Today was a nice reminder to use more than just one. 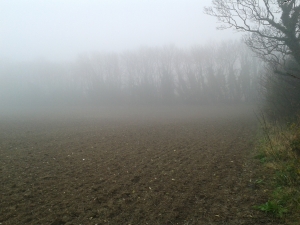 Yesterday was the complete opposite. It was a warm and sunny day. Visibility was great and everything looked as sharp as a pin. I took the chance to continue with Dexters training and spent some time getting him to “Sit” and “Stay”. When I say “some time”, what I really mean was “a lot of time”. As it was such a clear day it wasn’t just me that could see everything for miles around. So while Dexter was happy to sit for a second or two, something would distract him and off he went in pursuit. Still a bit of work to do there I think. 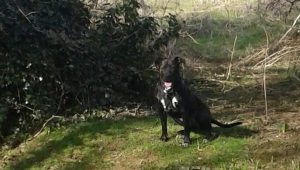 Have a smashing day.