It has to be said that I’m the sort of bloke who considers a working lunch should consist of a piece of meat wrapped up in bread. PIL has known this for years. So what has been in my lunch box this week? Bananas! A bunch of bananas! So now she thinks I’m a chimp! I remain extremely grateful to PIL for getting my lunch prepared each evening for the next day. I really do appreciate it but Bananas?  I’m trying to see if there’s a trait here or if she’s trying to tell me something. 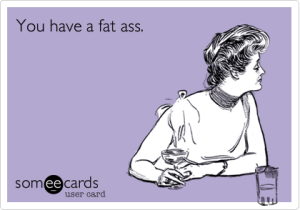 There are certain things I know she thinks about me:

She thinks I’m a bit of a plank.

She thinks I’m pretty useless at D.I.Y.. She’s not wrong

She thinks I’m just a little bit pervy because I like to see her in her underwear but she actually quite likes that. (Yes chaps. This is what she wears. Who’s a lucky boy?)

And sometimes the Mews Lee she gets is actually parrot food. For variety of course. (Plank again)

Then there’s the stuff PIL calls “salad” and I call rabbit food. (Plank)

And now she thinks I’m a chimp by only letting me have bananas for lunch. (Plank)

Just give me chocolate!

Ok, I’ve been a bit of a bastard but it’s all this rabbit and guinea pig food I’m being fed. Now, it’s the chimp food.

I promise not to dunk my head in it. Ok, maybe I will once or twice but no more.

Thank you very, very much you   splendid chap.

Now it’s time for me to go get my lunch ready for tomorrow while PIL is wrapped up in watching soaps! Ha! I hope there’s some pig or cow that I can wrap up in bread smothered with butter.

Have a great evening.